2.  Renovation of the School Fence

The school fence was put up at the time when the main building of the school was erected nearly sixty years ago. The fence was dilapidated by age and lack of proper maintenance and, as a consequence, animals were having free access to the school compound. They grazed freely in the compounds and caused serious damage to plants and trees with their frequent visits; they also rendered the compounds unclean. Also, the condition of the fence contributed not only to the worsening of the aesthetics of the school’s physical environment, but posed problems in terms of security of the school property. With the initiative taken by the AYAA members in the USA, the school fence has renovated and, today, plants and trees are now well protected from grazing animals. The school compound now looks much better than it did.

1. Construction of the bathrooms facilities for female’s students

Since the time the school was constructed, there were no bathroom facilities for female students within the school compound. This created a difficult situation for girls and made their life at school rather unbearable. It was widely reported that most girls had to go to school without drinking water (even if thirsty) for the fear that if they had the urge to go to the bathrooms, there were none to use.  There is no doubt that the prevalence of such a problem would have made girls reluctant to go to school. It is also probable that some could have made the unfortunate decision to drop out of school as a consequence of such a problem. To alleviate this critical problem, AYAA built bathrooms for the exclusive use of girls. The project may sound simple, but its social impact was inviable in that it eliminated the suffering of girls. The availability of bathroom facilities might also have saved several girls from dropping out of school.

what AYAA has DONE, AND IS CURRENTLY DOING 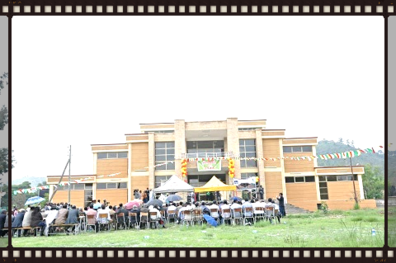 The LMC is the fourth project which AYAA designed and is in the process of implementation. The construction of the building to house the LMC is already completed. What remains to be done are electrical connection work and the installation of computers. The implementation of this project is being undertaken with collaboration of the three chapters of AYAA.
Once the LMC is completed, students will have wide access to books, journals, national, and international newspapers as well as various websites of their interest. The LMC will help students familiarize themselves with the use of information technology and its utility for undertaking research, thus preparing them for higher education.
While the building for the LMC is completed, there is yet a significant amount of work that needs to be done. This entails the mobilization of funds to the tune of 10 million birr to wind up the outstanding work and to make the LMC functional.